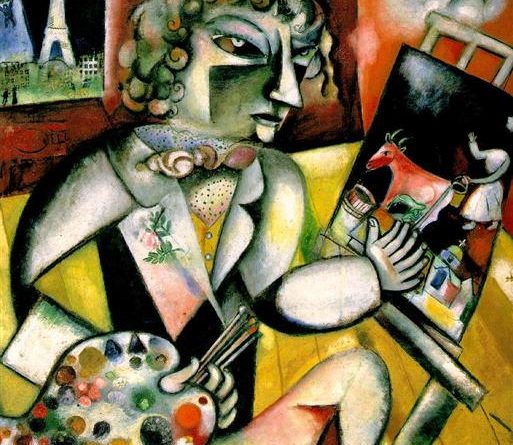 The French Conversation group met face to face at June’s on April 7th. The topic was “An artist, whether it be a painter, sculptor or whatever, who you admire.”

We had Chagall with examples of his art, specifically his Self-Portrait with Seven Fingers and an account of how he left Russia for France but returned years later. We had Picasso and talked about Guernica; Gaudi and his incredible architecture and the unfinished Sagrada Familia; a Japanese artist; and Devon artist Rebecca Morche. A very interesting and enlightening session.

Guernica is one of the strongest anti-war and anti-fascist works of the 20th century. It is a personal and universal work at the same time; an expression of private, individual pain and public opposition to the actions of fascists during the Spanish civil war. The immediate context for the mural was the bombing of the Spanish town of Guernica in April 1937.

Guernica was created over five weeks between May and June 1937. The work commemorates the events of April 26, 1937, when the ancient city of Guernica in the north of Spain, considered to be the oldest capital of the Basque culture, was bombed. The air raid was carried out by Nazi Luftwaffe troops, supported by planes of Italian fascists. The action was a military experiment, during which the strength of the newly developed explosives was tested. 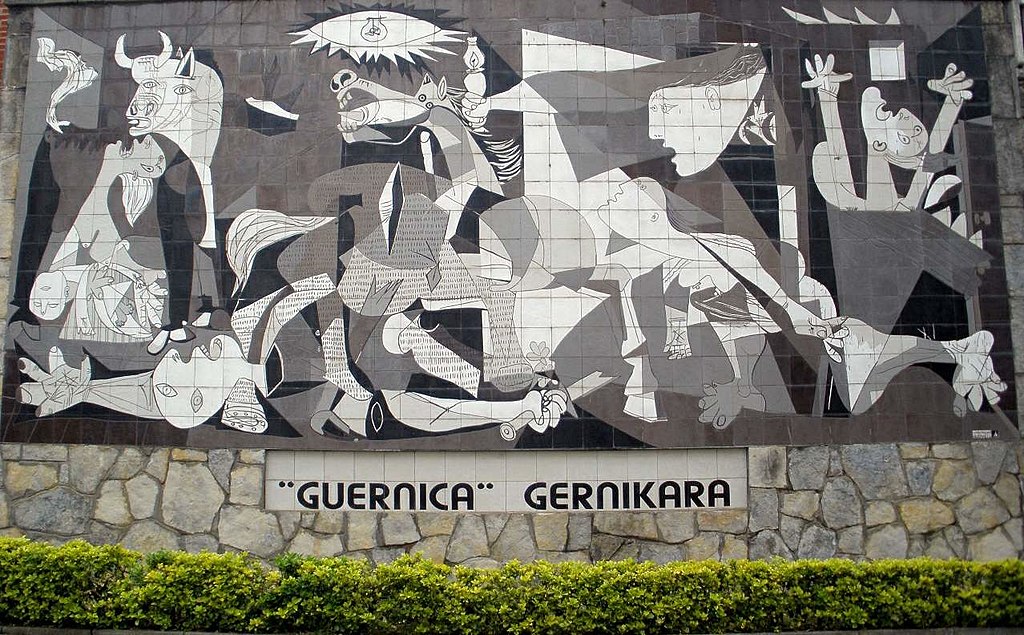 Guernica is filled with chaos, fire, despair and death – in the picture we see a woman jumping out of a burning building, faces twisted with suffering, lips opened in a silent scream. The central part of the composition presents a mixture of human and animal limbs. Picasso illustrates the monstrosity of war with the image of its victims – the bodies of women and animals twisted and joined in pain.

Our next session was a short zoom one where the topic was “Do you or did you have a pet and would you like one?” A couple had wanted a cat or a dog but felt it unfair when out all day at work. One had been forced to part with her beloved dog as she couldn’t manage him. One had never had a pet. We are still deciding the topics for the next sessions in May and have received interesting suggestions.