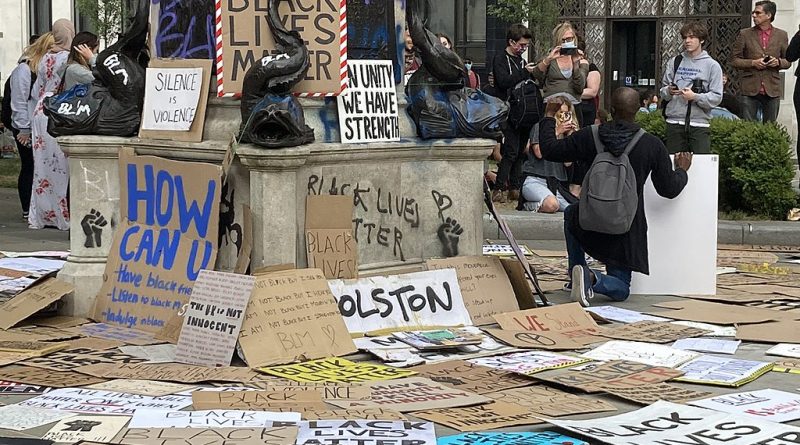 Anne Whitehead led the first, rather experimental, meeting for the group on Zoom. Four had been decided on as the ideal number for the format, but one had a problem on the day, leaving Margaret Cunningham and myself to make up the numbers

We discussed the current controversy surround the campaigns for the removal statues, touching on what should be done
with those now deemed unworthy to be commemorated in such a way. The slavery connections were discussed, among other issues.

We did achieve some consensus; forcible removal by small groups was wrong, but the influence and importance of some historical figures could not be ignored even if their activities may be repugnant today. More explanatory notices regarding such figures and their context and history was felt to be an appropriate, the past must be accepted and explained rather than hidden.

We felt four to be the optimum number for a group discussion on zoom and would in future try to have two or more groups running at the same time until we can meet again in person.